From time to time I take screenshots, to send in email to other team members, or for the architects' reference, etc.  Today I glanced at my desktop and noticed it looked pretty cool.  So here it is (with some shots, that seemed a bit too spoilery, redacted): 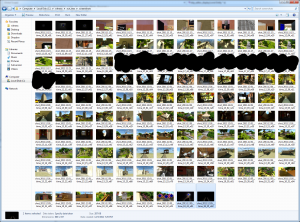