How many puzzles are in The Witness?

Today I was deleting an old area of the island, which had about 25 puzzles in it that I wasn't happy with. I took to wondering how many puzzles would be left on the island after I deleted those, so I added a console command to count puzzles: 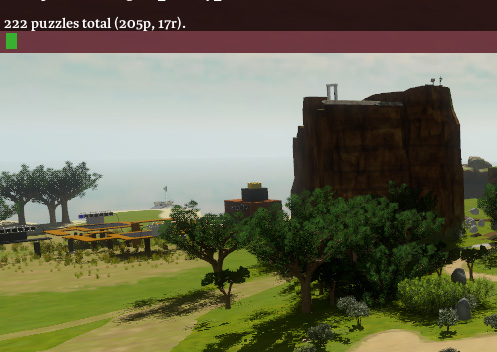 Many more puzzles are going to be added; I would guess that by the time the game is done, there will be over 400. We'll see; I think this will be a fun statistic to watch, along with those screenshots of the island.