Lately we started thinking about making the game look better, finally. Ignacio has been working on some graphical effects to this end (though he's been putting forth a lot of effort on performance as well). Here are a few things he's been working on: 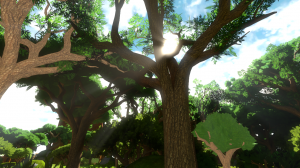 Sun beams. These are accomplished with a radial blur centered on the sun, during postprocessing. The nice thing about this effect is how dynamic it is -- as you walk beneath the trees, the shape and intensity of the beams are changing all the time.

Due to the way the effect works, sometimes beams are drawn that are a little bit unphysical. You probably have to be looking closely to see that, but I am a little bit uncomfortable with it given that the game is all about the opposite of that. We'll see how this evolves. We've been talking about augmenting this with other effects. 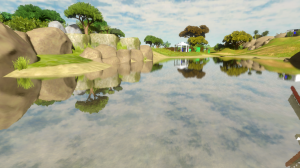 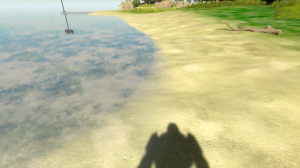 Softening of the shoreline, so that it doesn't look like one big alpha-blended water polygon intersecting the ground. 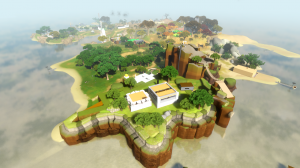 It's fun to look at this compared to another shot of the island, say, from about a year ago: 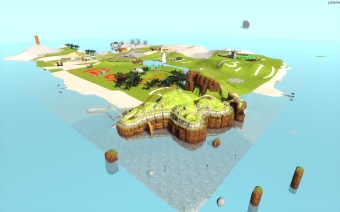 The current puzzle count is 328.